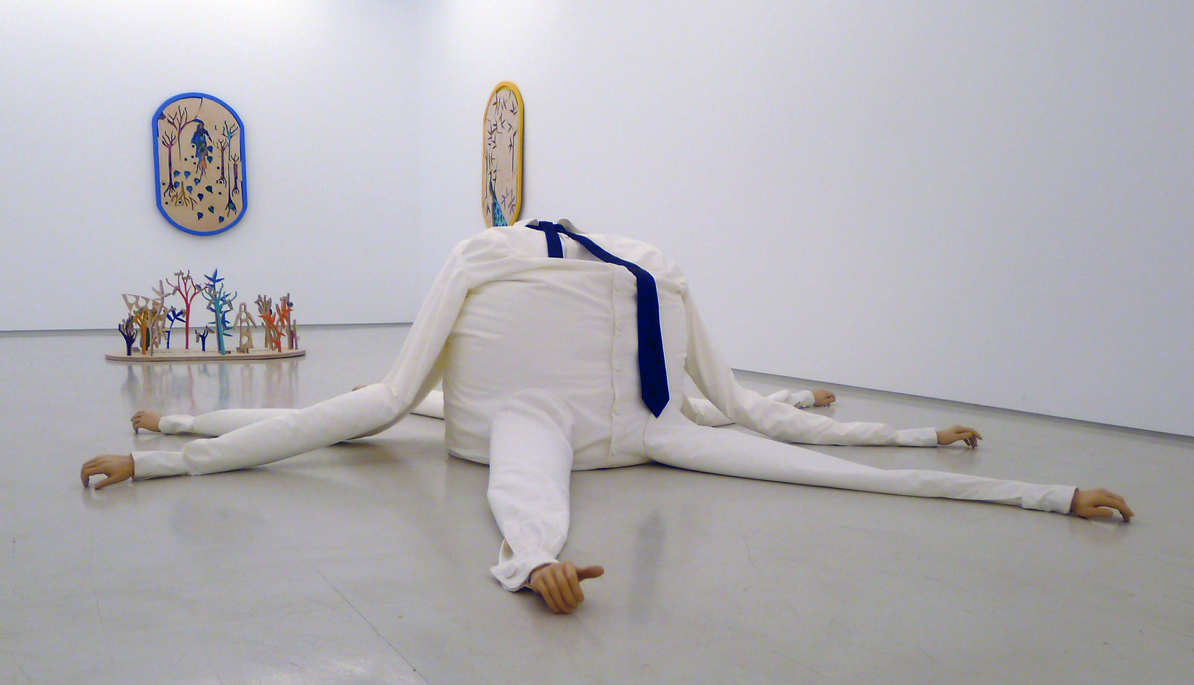 This sculpture is conceived by my performance “The instrumental man”.

The instrumental man deals with a hot topic arising in certain Western societies such as the Danish where men are starting to feel suppressed as a result of women’s liberation and fight for equal rights.

Since men have historically been on top, this new situation is fundamentally destabilizing for the male sex. The male today experiences an identity crisis. The problem for the modern man is thus not only his loss of influence, but also his incapability at readjusting to the situation and articulating his new problems.

Re- inventing Domesticity and the Decomposing of the Self